MY WIFE AND OUR CHILDREN

Here are two photos of me with my wife Lily and children Abigail and Samuel. The photo on the left was taken on the occasion of our wedding anniversary celebrations at Cliveden in Berkshire in 2005, and the photo on the right was taken in Rome later the same year. 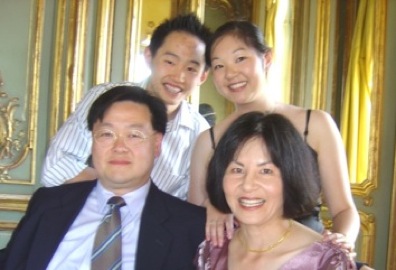 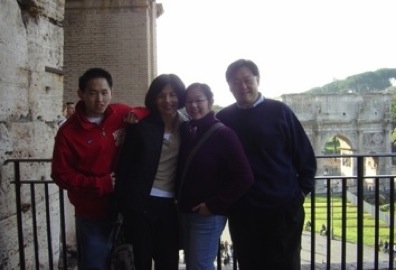 My wife Lily was born the youngest of seven siblings in Sandakan, a small town on the eastern shore of Sabah state in East Malaysia, at a time when Malaysia was still under British rule. She went to live in England in her early teens and never returned to Malaysia except to visit her family. She qualified as an accountant in the early 1980s. Below are two photos of the two of us. The one of the left was taken in Granada in Spain in 2002, with the amazing Alhambra as background. The one on the right was taken in 2007 in Tallinn in Estonia. 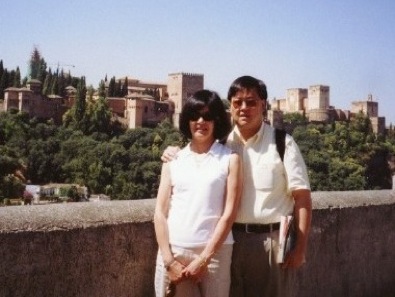 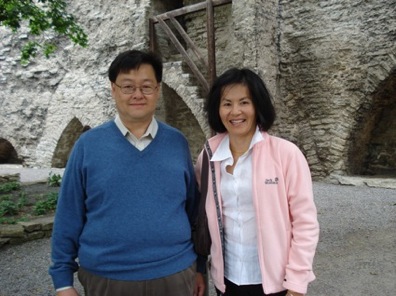 Here are eight photos of Lily taken on our travels in Europe in 2007. The first two were taken respectively in the German spa town of Badenbaden and in front of the famous canal in Riga in Latvia. 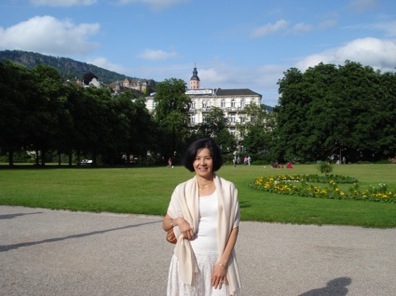 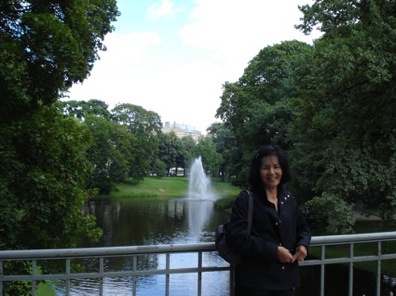 The next two photos were taken in Prague in the Czech Republic, the one on the left in the Royal Gardens and the one on the right with the famous castle in the background. 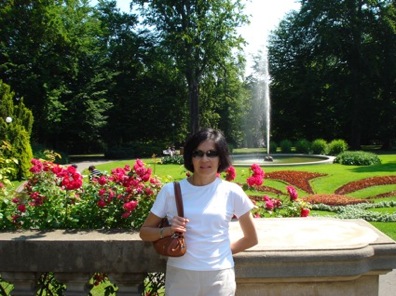 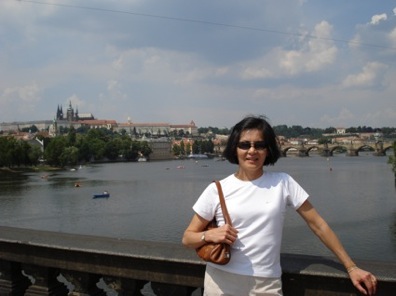 The next two photos were taken on the shores of Lake Como in Italy, during the meeting on discrepancy theory at the Villa Cipressi in Varenna. The photo on the left was taken in Menaggio on the opposite shore of the lake. On the right, Lily was waiting for our excellent lunch at the Villa Cipressi. 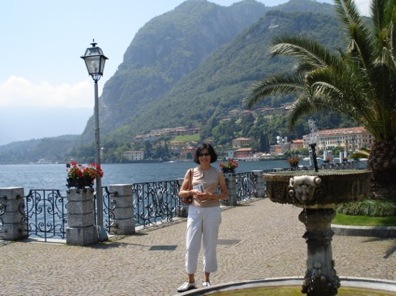 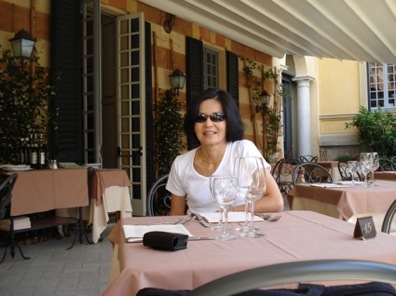 The final two photos were taken in Greece, the one on the left in the historic town of Delphi and the one on the right on the beautiful island of Hydra. 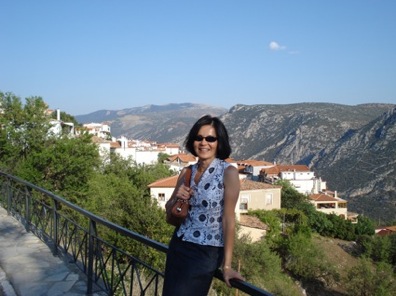 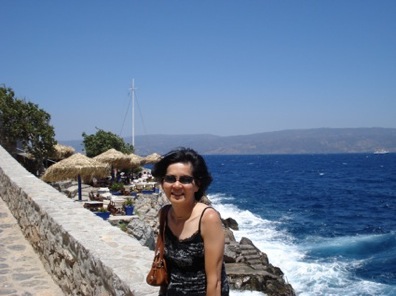 To find out more about our children, please click here.